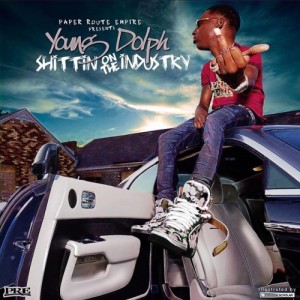 Young Dolph has made the most of 2015, releasing multiple projects including High Class Street Music 5 (The Plug Best Friend) in February and 16 Zips in July. Keeping his foot on the gas, the South Memphis Kingpin makes it a triad of mixtapes with his new aptly-titled effort, Shittin On The Industry. Dolph’s latest project comes packed with production from the likes of Mike Will Made-It, Zaytoven, TM88, Cassius Jay, and Izze The Producer, along with features from fellow Paper Route Empire artists Bino and Jay Fizzle.